Natural gas and liquefied natural gas (LNG) are cost-effective, competitive and less harmful to the environment energy sources. And they play a key role in our production mix.

Gas and LNG increasingly feature in the production mix

The sale of wholesale gas and LNG is a task of the new Natural Resources Business Group, one of the two Business Groups that make up our organisational structure. The new Group will also manage energy efficiency activities, CO₂ capture and storage projects and Forestry REDD+, contributing to the full decarbonization of all our products by 2050. It is precisely the increase of natural gas in our production mix that will play a central role as we move towards the carbon neutral goal. Gas, in particular, will make up 60% of our upstream portfolio in 2030 and over 90% by 2050.

On extraction, natural gas is a mix of hydrocarbons, including methane, ethane and propane, and chemical compounds such as water, nitrogen and carbon dioxide. Once purified, the gas is fed into the distribution network. Most gas reserves are a long way from the refineries and from where the gas will be consumed. It is transported via natural gas pipelines and, for longer distances, on LNG carriers. Efficient transport, storage and conservation of gas is fundamental as demand fluctuates due to climatic, productive and domestic factors.

Gas is transported from production sites to consumer markets either on LNG carriers or via pipelines for distant and inaccessible places. This accounts for the price variations between different markets. To transport gas in this way, it must first be liquefied at very low temperatures (-160°) and then stored. In its liquid state, the volume of the gas is reduced by up to 600 times, enabling transportation of large quantities. At the arrival terminals, the liquid gas is regasified before being fed into the distribution network, which enables it to reach consumer markets, large industrial consumers and local distribution networks – sometimes thousands of kilometres apart. Given the significant investments required to build liquefaction and regasification plants, most of the LNG sold by gas producers must be under long-term contracts (20 years) before a final investment decision (FID) can be made. Eni has a global LNG portfolio of long-term purchase contracts with reliable suppliers, along with a worldwide network of end customers and traders.

Gas production: projects we have implemented around the world

The potential that gas, as a clean source, represents with regard to the energy transition is even greater today thanks to the growth in the transportation of liquefied gas. Our long history in the gas industry, which has led us to make a number of great discoveries, means that we now play a leading role in the LNG market. The integration with the Upstream sector in 2019, which made it possible to maximise synergies and promote equity gas, that is the gas extracted from our fields, allowed our LNG portfolio to reach approximately 9.5 million tonnes/year of contracted volumes, up 76% on 2014.

Given the significant investments required to build liquefaction and regasification plants, most of the LNG sold by gas producers must be under long-term contracts (20 years) before a final investment decision (FID) can be made. Eni has a global LNG portfolio of long-term purchase contracts with reliable suppliers, along with a worldwide network of end customers and traders.

In October 2016, Eni and its partners from Area 4 in Mozambique (in the Rovuma offshore basin, where from 2011 and in 2014 we discovered supergiant natural gas resources in the Coral, Mamba and Agulha fields) signed an agreement with BP for the sale of all the LNG produced by Coral South in the country – around 3.3 million tonnes a year or 5 billion m3 – for more than 20 years. In 2019 we started assembling the hull for the Coral Sul FLNG unit, a floating facility for processing and liquefying gas. It will allow us to start producing from the resources we have discovered in the country, which total 450 billion m3 just in the Coral field. We expect to launch the hull in 2020. The government of Mozambique has also approved development plans for the Rovuma LNG project to produce, liquefy and sell natural gas from three fields in the Mamba complex of Area 4. The project will enable up to 17,000 tonnes of LPG to be supplied to Mozambique every year, with significant benefits for the local community.  We are going ahead with selling LNG by negotiating on binding trading agreements and finalising the plan for development and project funding. The final investment decision (FID) is expected in 2020, with start-ups planned for 2024.

We are committed to further developing our integrated presence in LNG-related projects in Indonesia and Nigeria, where we will contribute to the new expansion of the Bonny terminal through the construction of the seventh liquefaction train. The first shipment took place in June 2017 when Eni delivered the first LNG produced at Jangkrik, in the deep waters of offshore Indonesia. More than 22,000 m3 set off from the liquefaction plant in Bontang, East Kalimantan, headed for Bali, where it was delivered under the long-term LNG supply contract agreed with PT Pertamina in June 2015. The Bontang LNG plant also processes natural gas produced by the Merakes project, which started production in April 2021.

And even Egypt. Key projects like Zohr have transformed the country from an LNG importer into a gas exporter. In Egypt, in particular, LNG production restarted in February 2021 at the Damietta liquefaction plant (Eni 50%), with a production capacity of 7.56 billion cubic metres per year. The resumption of operations was made possible by agreements finalised in March 2021, with the Arab Republic of Egypt (ARE) authorities and Spanish partner Naturgy, under which we will take over the contract for the purchase of natural gas for the plant, receiving the corresponding liquefaction rights and those for natural gas sales activities in Spain, strengthening our presence on the European gas market.

In 2020, despite the significant drop in demand for natural gas in Europe and the collapse in Asian LNG consumption during the peak of the crisis, the Global Gas & LNG Portfolio (GGP) segment achieved an adjusted EBIT of €0.33 billion, which exceeded our expectations. This result was made possible by the overall restructuring of long-term supply and transport contracts, together with the optimisation of the held portfolio by exploiting the flexibility and optional nature of gas assets.

We are developing our presence in key markets where we expect to see the highest growth in demand for LNG particularly in Europe, the Middle East and

increase in LNG volumes contracted in 2024

Read also on role of gas

Selected contents on this issue. 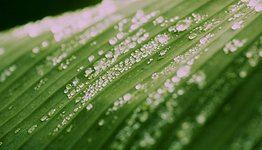 Capture, storage and reuse of CO₂

The potential of gas

You must read the following information before continuing.

By clicking the button below labeled “I agree”, you are certifying that (A) if you are in the European Economic Area, you are a “Qualified Investor”; (B) you are not accessing this portion of the website from the United Kingdom, Australia, Canada or Japan; (C) if you are a resident or physically present in Italy, you are a qualified investor as defined under the Prospectus Regulation as implemented in Italy by Article 35, paragraph 1, letter d) of CONSOB regulation No. 20307 of February 15, 2018; and (D) you are not located in a jurisdiction where it is unlawful to access this portion of the website.

You acknowledge that the information and statements contained in the document you are accessing on this website speak only as of the date of such document (or such other date(s) specified therein), and such information and statements may become inaccurate, stale and/or out-of-date thereafter and should not be relied upon for any investment decision.

You acknowledge that the materials on this website that you are accessing are confidential and intended only for you and you agree you will not forward, reproduce, copy, download or publish any of such materials (electronically or otherwise) to any other person if this is not in accordance with the law.

You acknowledge that no registration or approval has been obtained and Eni Gas e Luce S.p.A. società benefit and its affiliates assume no responsibility if there is a violation of applicable law and regulation by any person.

By clicking the button below labeled “I agree”, you are confirming that you have read and understood the disclaimer above.

If you cannot so confirm, you must exit this portion of the website